Imola was the first stop of the GT World Challenge Europe – yes, the name of the series is a mouthful, but Blancpain left and the championship was rebranded. (I purposely left “in partnership with AWS”, but Amazon is part of the championship).

We had a first one and half hour “paid” practice on Friday morning to get into the groove, testing our new ABS and suspension geometry on the car.  It went according to plan.  As it rained hard for the rest of the day, we stayed in the garage as the weather forecast was sunny for the next two days.

The race weekend officially started on Saturday morning with free practice, followed by pre-qualifying mid-day, and qualifying in the latter part of the afternoon.

So we didn’t do a great job qualifying: overall 44 out of 47 and 10th in class! But we were confident for the race.

On Sunday morning, the team started “win the safety car prize” – for team members only. The aim of the game was to set the number of safety cars during the race. It was a success and we intent to do it at every race! Prize money is naturally involved!

The race started at 13:30. Gilles, an AM driver, took the start and did a great job as when he handed the car to Nick, our PRO diver, after close to an hour and during a safety car, we were 6th in class and 28th overall! Nick did just an incredible job, leading our class (Pro-Am) at one point, until we had to serve a drive-through penalty for exceeding FCY (Full Course Yellow). (You have 20 seconds to go down to 80 km/h when the FCY is announced. The general trend is to go full speed with 5 seconds left! Unfortunately we missed it, hence the penalty). Upon handing the car to me, we were 2nd in class and 19th overall! All was going well until another FCY followed by SC occurred. At the restart I was second in line after the leading car, hence all the pros and cars were behind me. I was instructed to keep my position which I did until at the top of the chicane I was pushed out into a spin. I recover and continued the race. We finished 6th and 27th overall.

The team decided to up its game this year by going Pro-Am, that’s two bronze drivers and a pro. BMW has been a super support by sharing their pro line up, amongst other things. Jens Klingmann was assigned to us, but due to a bike injury, he was replaced by Nicky Yelloly, who not only is a BMW works driver, but also Racing Point’s official sim driver!  So it was really great! Thanks BMW M!

I started the weekend asking myself questions, whether we had done the right move, would we be fast enough, did we have the right package. After clear and objective review, it was the best move. It’s really tough, it shakes up your comfort zone, it’s the best GT3 championship on the globe, you are battling with the best and the result proved we belong here!

Thanks to everyone and their support. Our next race it in September. 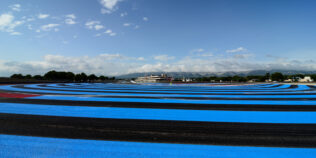 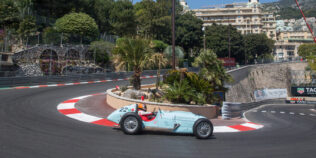